On the morning of July 5th, Mike was traveling westbound on I-64 when happening upon a vehicle accident involving a newer Ford Taurus and an 18 wheeler. EMS personal had not arrived on scene as of this time.

The driver of the semi pointed to a young male between the age of 12-15 who was the passenger. Mike began asking the passenger if he had any injuries and found he had a small bruise from the seatbelt. Mike gave him a cool pack to use on the bruise. Mike asked the young passenger questions about the driver’s medical history. The passenger said they needed to call his stepmom. Mike pulled the passenger door open to get the phone to make the call. When the call was made, the passenger could not speak and Mike took over the communication. They then made the call to the passenger’s mother. Mike communicated pertinent information to emergency contacts.

The passenger was very upset and Mike comforted him until EMS arrived. Mike introduced the passenger to EMS personal and grabbed what was left of his first aid kit and left the scene. Way to go, Mike! 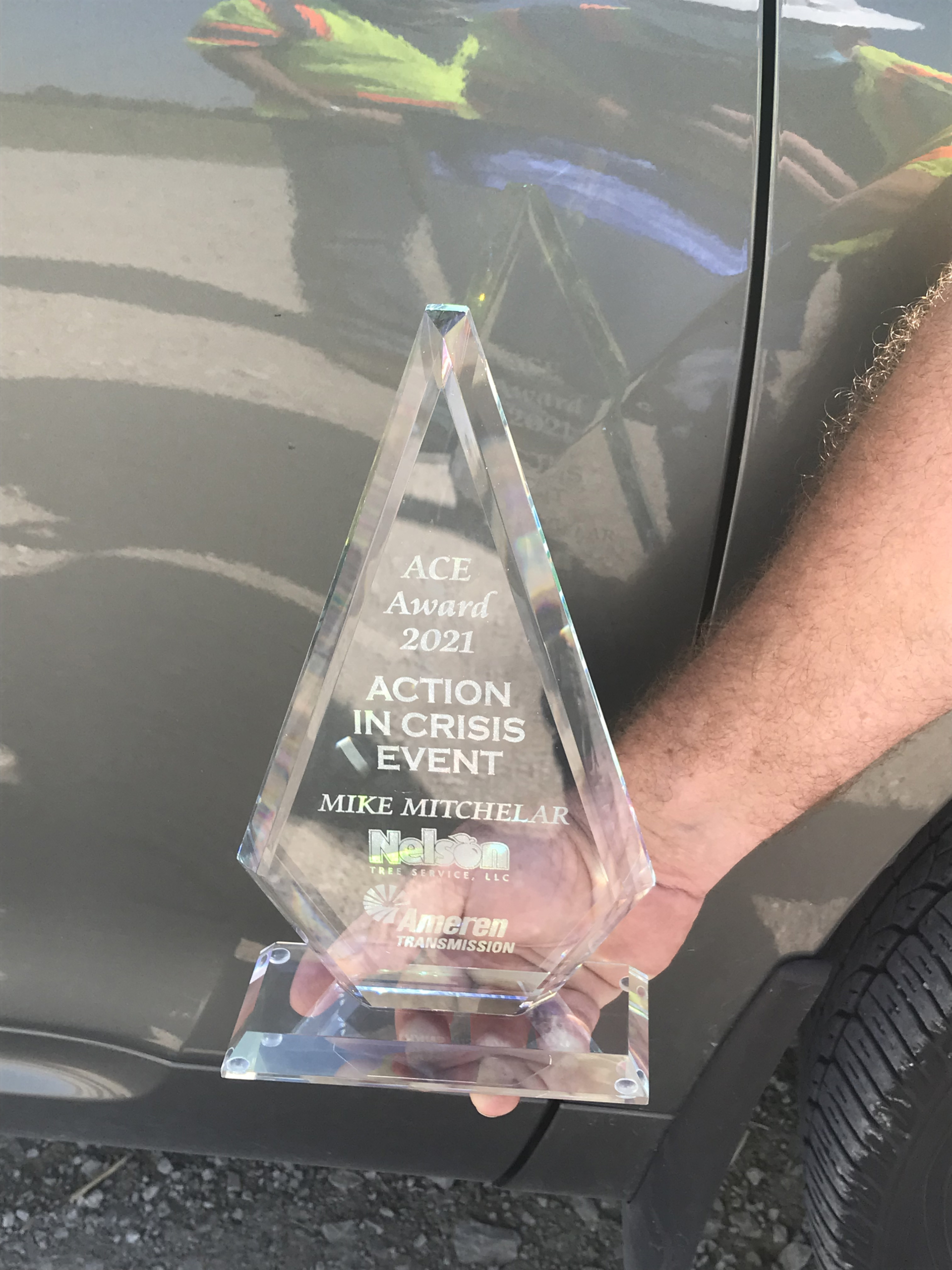